PUBG Vietnam 1.9.0 with 4th Anniversary update was originally designed for game users in the same country, but for some reason there are many people in other countries who prefer to install it instead of the global version of the game or even alongside it as we also saw with the great fame For the Korean version of PUBG, although it is also directed to the Korean user only. 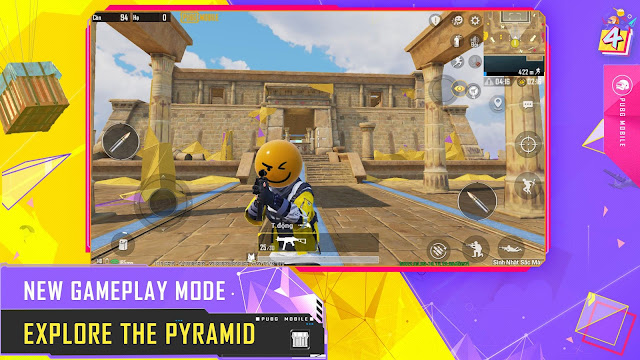 Yes, the game is directed to the country of Vietnam, but you can nevertheless download and install it on the device manually by downloading the apk file only and then the obb package and manually installing them yourself on the phone, and below we will explain how to do that in detail.

Cycle 2 Season 5 will be added to PUBG Mobile Version 1.9.

Other modifications include changes to the shop and season purchase limits, as well as adjustments to the Ranked Classic Mode team ranges. Season Tokens can now be gained through activity in Ranked Matches.

Month 9 of the Royale Pass: Cosmic Clash kicks off with legendary goodies.

By participating in the server-wide Golden Chicken event, players can win these benefits as well as a free RP Voucher (60 UC) for the upcoming Royale Pass Month, Micro Battle. This new Royale Pass will run from March 22nd through April 19th, 2022.

PUBG Mobile’s Balance Adjustments and Optimizations, or the BGMI 1.9.0 update

The bridge leading to the Military Base in Erangel has been modified, with the width increased and the quantity of cover increased, as well as additional walkways placed to the sides of the bridge to provide more strategic depth.

To reduce interference, the countdown reminder in the Playzone has been reduced in frequency.
The trash bin icon in the lower right corner of the Backpack screen has been included as a function that allows players to close the Backpack.
When holding the prone, crouch, or jump buttons, players can now modify the viewing angle.
The display effects of fast marks near the screen’s edge have improved.
The rapid voice wheel and the cancelling universal markings have improved.

Supports default weapon swapping in the water for more convenient weapon changeover.
Players can now switch firearm attachments while reloading to increase their response time.
The Climb feature has improved. When approaching cover, players can now hold the Jump button to immediately climb over it, making it easier to climb through windows.
Improved player experience when jumping over or climbing around obstacles, resulting in a smoother action flow.

Enhancements to the Environment

The Horizontal Swipe Acceleration toggle has added to the Controls tab. The panning speed of the viewing angle fixed when this option disabled.
In Aftermath Mode, the display effects of ammo pickup configuration for AC guns have improved.
Players’ uploading and searching for sensitivity loadouts has improved.

Ziplines’ appearance and animation when using them have updated to make them more user-friendly.
The color-changing effect on the crosshair of weapon sights has improved.
Shotgun handling has improved, with the screenshake that occurs after firing restored.

Cheer Park has updated and given a fresh new look! Now’s your chance to have even more fun and excitement!
New racing gameplay: Two-player racing supported, and there are a choice of vehicles to pick from.
The Shooting Range has relocated to an indoor location. When training in the Shooting Range, each player will now have their own space and will not interrupted by other players.
Platforms for hoverboards and viewing platforms have added.
System mechanisms have fine-tuned, allowing players to intelligently minimise ambient noise, reduce the level of other players’ gun sounds, and improve the pathfinding algorithm, among other things. Vehicles in the practise area will no longer damaged, and if they driven out of the practise area, they automatically return.

Anti-Cheat System in the Fog of War

The Fog of War Anti-Cheat System will enabled in some Arena Maps and Classic Modes and rolled out via dark launch to prevent wall hacking more effectively.
Account Safety

Merit-based system
The Merit penalty for injuring teammates has increased, and it now grows with each occasion.
Exclusive space gift awards will given to players who have maintained full Merit for a long time.
Center for Security
On the home page, the display of promotional content has improved.
Investigators’ challenge tasks and the way they earn EXP have improved.
Investigators now have access to past data.
Matchmaking Modes Are Separated
The scope of the safety observation time has expanded: users who under safety observation not permitted to participate in sponsored events.
Other Improvements and Updates

New anniversary celebration gaming accomplishments have added. Completing tasks will provide you access to special achievements that are only available for a limited period.
In various modes, the display of the MVP screen and the friend screen has tweaked.
In the new Progress Missions system, a function to examine the status of progress missions and collect awards from the mission result panel included.
The results screen now includes information about newly added point-scoring regulations.
The jump logic has improved to make the jumping experience more fluid.
Character shadows, as well as the quality of character shadows in the lobby, have improved.
Improved touch processing on the backend to make Aftermath Livik run more smoothly on low-end smartphones.
In Aftermath, we improved the firearm shooting procedure to make it smoother.
When using the 90FPS high frame rate on select Qualcomm Snapdragon chip devices, there was an issue that caused frame rate instability.
Arena now supports Dolby Atmos. Improved the audio quality and accuracy of locating adversaries using weapon and footstep sounds.
Vehicle finishes have improved to offer them their own settings. Each vehicle model can have up to three different finishes, allowing players to employ any of them when driving the matching vehicle in a match.
Improvements to Clearing Resources: When device storage low, players will directed to free up resources in order to free up space on the device. I organised the storage clean-up list by putting a check mark next to resources that used very often.

When dropping in on the appropriate area in Miramar for the accomplishment Threat From Above, it was not possible to finish the objective.
When getting eliminated, the camera would occasionally move higher. This has fixed.
The issue of firearm sound effects not playing on occasion has resolved.
When spectating, the issue with hit effects not displaying properly fixed.
Fixed a problem where the BP, EXP, and text in the Career Results would not display properly.
On iPhone 13 Pro devices, the crosshair would occasionally shift around. This has fixed.
When resources not downloaded, the ASM Abakan would not appear properly. This fixed.
Fixed an issue where resources would still indicate as not downloaded after they had 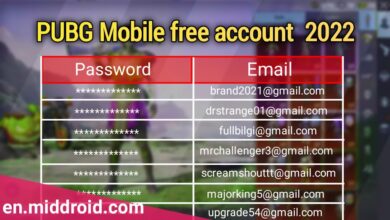