War Games demand has been increasing since the launch of the ultimate Royale game PUBG. Everyone wants to have free offline War Games for Android phones. That’s why we have made a list of the Top 5 Best offline War Games. It doesn’t matter if you have a new or old phone, a flagship or a mid-range phone. You can install these games. 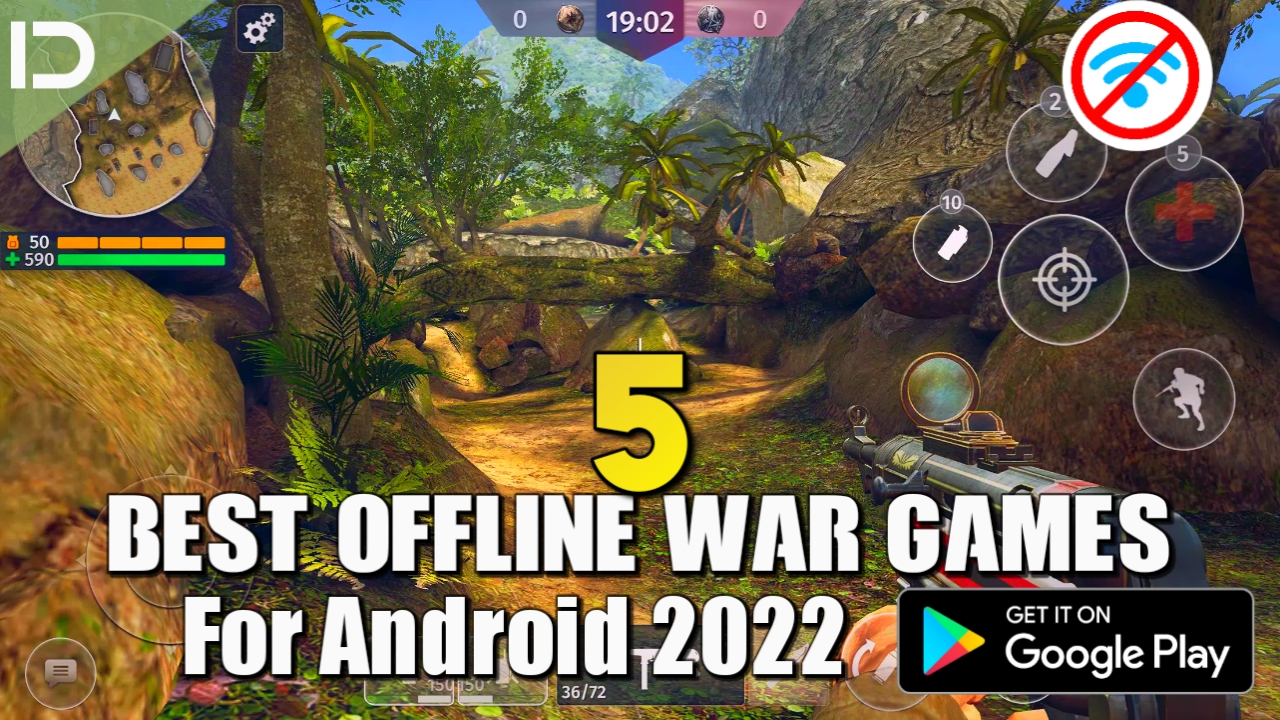 Upon release, PUBG Mobile battle royale games’ popularity rose quickly and become one of the most loved mobile games ever, with a massive community of fans. But when it comes to internet connection and quality of android phones not everyone can afford these. We even made a list of Offline games like PUBG for Android.

Why do you need offline War Games?

Most people do not have good experience with Offline War Games because they don’t know which game is best for their phones. There is a wide collection of Offline games like Free Fire available on the google play store but those can make your phone choppy. But You don’t need to worry about anything because in this article we will write in detail about the tremendous offline games like PUBG under 100MB for Android users. Gun War is a game where you can defend yourself against aliens and endless waves of zombies — it’s a lot of mindless fun! There’s a ton of customization that surrounds it too — there are over 50 regular weapons you can choose from, and then a ton of “epic” weapons you can unlock and start using, too. There’s tons of tasks available to you in Gun War, keeping you interested in the game for hours on end. The game is never the same either — with over 50 maps and scenes to play through, you’ll always enjoy Gun War. download it now Are you ready to handle the war on a global scale? In Elite Killer: SWAT, you’ll play as a SWAT team member, traveling all around the globe eradicating it from evil. You’ll get to choose your soldier’s loadout with tons of real world weapons to choose from. Then, you can take that gear and play in hundreds of missions in a couple dozen different regions of the world. Once you get done ridding the world of evil, you can take your skills online and fight player versus player! download it now Another free war game you don’t want to miss out on is the critically acclaimed Into The Dead 2 — a zombie apocalypse is afoot, and you’ll have to fight through it in order to save your family. You’ll battle through endless amounts of zombies with exotic superweapons. This game has a lot of replayability as well, featuring seven action-packed chapters of gameplay that take you through sixty challenging stages as well as special challenges. You’ll get to experience beautiful and exotic landscape throughout the game as well. Get started at the link below. download it now Next up on our list is 1941: Frozen Front, one of the best World War 2 style strategy war games on the Google Play Store. You can choose to play as the Germans, taking the fight to Russia, or you can play the Russians and defend against the invading Nazi forces. In this strategy simulation, you’ll be able to create supply lines, bases, raise up an army and create calculated moves to win the war, on whichever side you choose. Get tired of singleplayer? You can take the fight online and test your strategic skills against real players. download it now

There’s a handful of silly war games, but Cover Fire takes things a little bit more seriously. This is an extremely immersive shooting game app that gives you the ability to fight against the bad guys and destroy enemy camps. Throughout the game, you’re going to build a special forces squad with teammates who have different skills, including hacking or infantry. As you progress, you’ll also have the opportunity to unlock special characters, as well as have some lighthearted fun with inflatable dinosaurs.